A ‘Highway’ that inspired me to travel

‘A Highway that inspired me to travel’

I always loved sharing stories of my experiences and this is my first blog and  thought I should share something that inspired me to explore places and seek experiences beyond my comfort zone.

At some point in your life, there will be someone or something that will inspire you and will make you question yourself asking, “Are you happy with what you are doing? Are you liking what you are doing”? It would inspire you in a way that you’d want to  leave everything and just travel. Imtiaz Ali’s film “Highway” did that to me. It is one of those films where you’ll experience yourself traveling with the lead characters.
It’s been a year to be exact since ‘Highway’ released and it made me realize a lot of things and gave the most amazing idea that is ‘to leave my comfort zone and to travel’. The film was shot in Kashmir, the most beautiful place in India. The tempting visuals made me desperate to visit Kashmir. 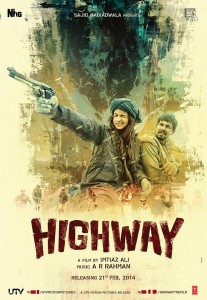 Every time I came across travel quotes, I always wanted to experience how it feels like to live in that moment. Though every time I sat to plan, it would just remain as a wish and things wouldn’t materialize for some reason.
Being a huge A.R.Rahman fan, I happened to come across 2 of his songs, ‘Patakha guddi’ which is a Punjabi folks song & ‘Mahi ve’ a beautiful melody, played repeatedly at my workplace. Though I don’t understand Hindi, I loved the composition. Once you listen to an A.R.Rahman song, it is like a drug that you will get addicted to it a lot that it will take a long time to get out of it. Once I started listening to it, I couldn’t stop,I loved the vibe and the feel of it. I kept listening to it on loop. Being curious to know more about the sing and film, I searched the internet to know what it exactly stands for. Music was the first sign that sparked the interest to watch the movie. Then I happened to see the trailer of ‘Highway’ and after watching it, there was something that made me want to watch the film even though I don’t watch too hindi films.

Click on the link to watch the awesome Patakha Guddi Song.

So to be exact, it was 5th March 2014, a Wednesday, my usual routine to watch a movie at the PVR Cinemas in the Phoenix mall. After buying my ticket I was all set to watch the movie and the only thing I wished was that the hindi shouldn’t be too difficult for me to understand since there were no subtitles. As the movie progressed, within the first 20 minutes I was actually able to understand what was happening contrary to what I feared.

Somehow, I started enjoying the film and from the scene where Alia Bhatt (lead actor) gets kidnapped and her entire journey from there on, I felt as though I was taking that journey along with Mahabir (character that helps Alia). I was completely into the film and started loving the entire cinematic experience. That exhilarating feeling which Veera goes through when she starts to love the journey with Mahabir was like a ray of light passing through a dark room. I was in awe of the visuals and the amazing locales. It was fresh and Alia’s performance was fantastic, I don’t think it could have been portrayed in any better way and deservingly won her the Filmfare critics award.

Randeep Hooda’s character also was splendid. It made me realize how people come into your life, give you moments of unlimited dreams, create a lot of memories and suddenly they disappear.
A.R.Rahman – The genius that he is, gave the film the perfect feel with his soulful music in the songs as well as the BGM, I still get goosebumps when I listen to the songs. 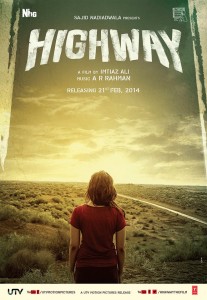 Anil Mehta – One of his best works till date, I would say his visuals were nothing less than stunning and it satisfied the exotic wonderment. I knew the north was beautiful but then the way it was shot made it looked absolutely magical on celluloid. To be very honest I didn’t believe all of that was Kashmir until I checked Wikipedia to see where all it was filmed and realizing all those places actually did exist was very surprising.

I completely loved & enjoyed everything about the movie from the music to the performances to the visuals. All the credits deservingly to one man, Imtiaz Ali for his wonderful vision as it is quite rare to find a film that will satisfy you in all aspects of filmmaking. Highway certainly does and also the way it made sense was incredible. You don’t get to see movies like this even occasionally. If at all Imtiaz Ali gets to read it, I would like to thank you for making such a wonderful movie. Thoroughly, loved it in each and every frame.
I am raving so much about this film after so many months after its release, the only reason is because of the impact it had on me. I would say it is one of my most favourite films that I would like to remember for a long time.
I recollect how I came out of the theatre with a mixed feeling, I have never felt that way before. It was overwhelming, satisfying and for some reason, personally, I thought I was missing out on something that actually made me happy apart from the regular work I was doing, it was the urge to travel & to follow what I love doing.

At that point of time, I decided that no matter what, I am going to save up
money, quit 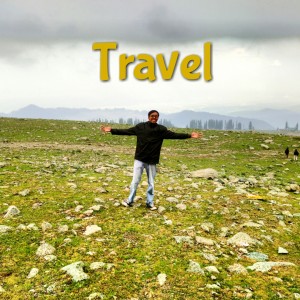 my job and travel towards the north of India. I was very confident and determined towards it that whoever asked me what my future plan was, I would say I am heading to the north for an amazing trip whilst I wouldn’t even have taken the first step towards to it.
As I had the vision, I should say, the universe heard me loud & clear that at that point of time, I got an amazing opportunity and probably the finest way to have experienced the north of India through a reality travel show by MTV called ‘Drive with MTV’. This show is a social road trip travel show where strangers were brought together across the country and asked to travel for 21 days and share their experiences on television, similar to how, Highway unfolded’. This journey taught me so many things that I wouldn’t have learnt in my comfort zone.

The most important thing it taught me was to accept people and circumstances as they are and to adapt accordingly.

I also happened to visit the exact places where ‘Highway’ was shot in Aru Valley, Chandanwari and Pahalgam.
Thank you Imtiaz Ali for showing the world and people like me that Kashmir is an absolute paradise through a beautiful film that inspired me to travel.
I have been inspired by it to the extent that I decided to name my domain having a ‘Highway’ in it and thus leading to myhighwaytales.

Its been a year now and still everything about the trip is still very fresh in my mind. Every place looked surreal, people were warm and of course had a beautiful story to tell.

A very first exciting day at #UNGA’s High-Level week as world leaders come together in this #DecadeOfAction to forge the path ahead for a fairer greener & more sustainable future to advance #HumanDevelopment and all 17 #SDGs. #UNGA

What a joy to watch #CSK being absolutely clinical despite setbacks.

This thread about design psychology is truly 💯🤯.

Easily no one makes better threads than @TrungTPhan that help you learn something new every time.

Reply on TwitterRetweet on TwitterLike on Twitter1Twitter
Load More...